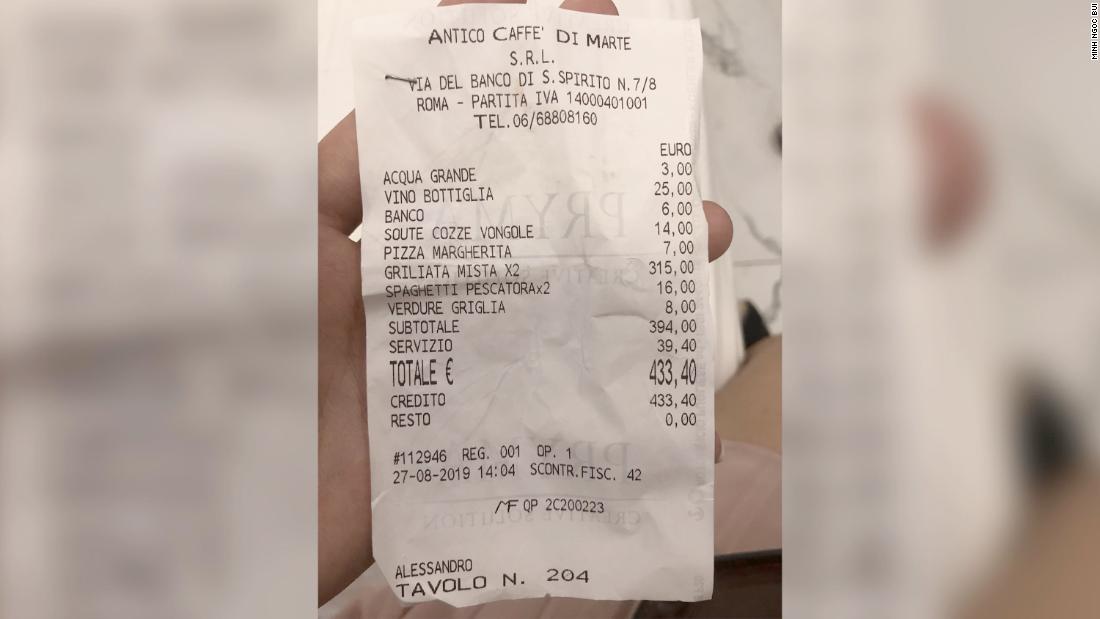 A Rome restaurant has attracted a wave of complaints over the alleged overcharging of tourists after two Japanese diners claimed they had been slapped with a bill for €430 ($470) for two plates of spaghetti and fish, and water.